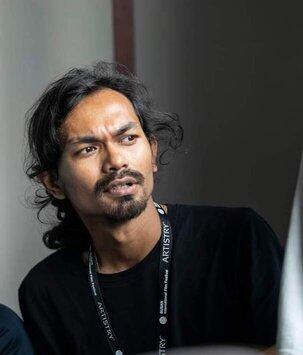 Rahul Rabha completed his Diploma and Degree from CIT Kokrajhar under Department of Electronics and Communication Engineering. He was first batch of the institute. After completing his Degree, he decided to learn film making and joined Post Graduation programme in Sound Recording and Sound Design in Film and Television Institute of India, Pune. Later on he got selected for various film making programs like International Student Film Camp, Filmart in Serbai and Asian Film Academy, Busan. He also worked as a sound recordist and designer for short film titled "The Perfect Wife". Currently, he is working as freelance Sound Designer, Field Sound Recordist, Audio Mixing Engineer and an Audio Consultant based in Mumbai.